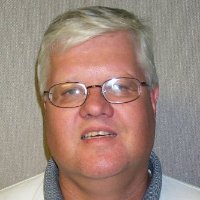 Erik A. Macs has been named Director of Sales for Wire and Plastic Machinery Corp. of Bristol, CT. Mr. Macs has over 25 years of experience in wire and cable machinery sales.  Previously, he had been involved with ebeam crosslinked wire materials research at Judd Wire, blown film packaging manufacturing at Union Camp, extrusion and injection molding processing at Dennison and Teflon film heat sealing and thermoforming research with American Durafilm. He has a degree in mechanical engineering from Central New England College. He has been a member of the Wire Association International since 1991 and was the recipient of WAI’s 2013 Donnellan Memorial Award, which honors an individual’s contributions to the Association, as well as WAI’s 2004 President’s Award for extraordinary volunteer service. He served two terms on the board of directors of WAI. He is still a member of the Education Committee, Member Relations Committee, and Paper Awards Committees. A former director of the New England Chapter of WAI, he also served as that chapter’s president in 2000. He developed the seminar “Introduction to Insulated Wire Manufacturing” which was presented by the New England chapter in 2001 and 2002. He has also chaired the Fundamentals of Wire Manufacturing program since 2007, frequently serving as a course moderator and presenter.

Erik and his wife, Laura, have been married since 1986 and have one son, John (24). They currently reside in Natick, MA.

Wire and Plastic Machinery Corporation deals in used and rebuilt machinery around the world for the Wire and Cable and Optical Fiber industries and has 7 US warehouses located in CT, MA, RI, NC and TX.

Categories of Equipment in Stock

Stay Connected on Linked In